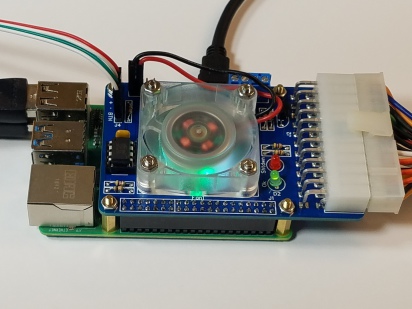 This third generation Desktop/Server ATX Power Supply Expansion Module and Soft Switch allows you to power your Raspberry Pi and add-on project boards using inexpensive desktop power supplies while keeping your Raspberry Pi cool with an off the shelf fan that you provide. The same great controller code found on previous generation boards aid in preventing the corruption of valuable disk files by enforcing controlled shutdowns of the Pi's operating system. Additionally, the Mini ATX PSU-Cool monitors the Raspberry Pi so that, in the case that the Pi is shut down by an application or from the command line, the desktop power supply will also turn off.